I’m Looking for an Old Work of Girls’ Manga

My nickname using in this blog is “aguri” aka Aguri Kirishima. It came from a girls’ manga that I read when I was a child.

I think it was a one-shot manga that was published in a monthly girls’ manga magazine called “Ribbon.” But it’s a manga of about 50 years ago, so I can’t find it at all even if I search it on the Internet.

Also, I suppose that the main character’s name was Aguri Kirishima, but her name might be slightly different.

The story really touched me. When it sometimes comes up to my mind, I try to search it on the Internet. I’ve been looking for some information, but I can’t find it at all.

If there’s anyone that remembers about this story a little, someone who liked this story, or someone who has this actual manga, please write a comment for me!

The Story Was Romantic

The story started from a sudden tragedy when the main character girl, Aguri was 3 or 4 years old. When Aguri was walking on a road with her mother holding their hands together, a classy foreign-made car ran into them. Her mother was hit by that car to protect Aguri, and she dies of this accident.

Aguri became a traffic accident orphan. But while she grows up, there was a Daddy-Long-Legs who didn’t identify himself. She kept receiving financial support from that Daddy-Long-Legs and grew up as an honest and beautiful lady.

Aguri became a beautiful lady, and one day, a handsome foreigner with blonde hair called Tony suddenly appears in front of her. They gradually fall in love. In truth, Tony was her Daddy-Long-Legs, but he didn’t reveal his identity. He was feeling very sorry for her, so he thought that he wasn’t appropriate to love Aguri and he tried to deny his romantic feelings.

The story went on after that, and finally, Aguri came to know all the truth. When the car hit her mother, Tony was a boy riding that car. They decided to break up, and they started to live different lives. But they were already connected with a strong love, and they realized that they need each other. And the story finishes with a typical happy ending.

There Are Many Other Wonderful Memorable Mangas

I think everyone has their own memorable manga. As same as books, I think it’s very fortunate to encounter mangas that strongly influence our lives.

Here are some other memorable mangas for me.

Yo-i Don (I think it was also on Ribbon and published around the same time, but I can’t find this on the Internet either.)

Chiisana Koi no Monogatari (Chicchi and Sally) by Chikako Mitsuhashi

There are more, but I’ll write about them next time! 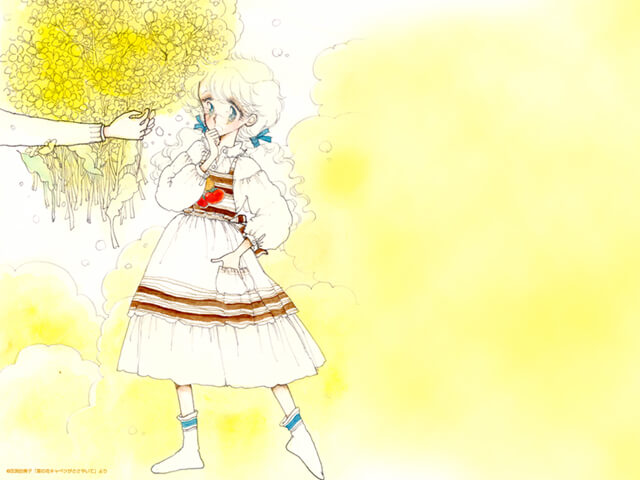 Feeling Like Hepburn With a Choker, Romantic Fashion Style in Autumn and Winter

悲しいですが、首元が一番歳を感じますよね。チョーカーは、大好きなヘップバーンをイメージさせてくれて、気になる首元を魅力的に見せてくれます。定番のロマンチックなものの他にも、最近ではいろんなタイプのチョーカーが出てきて楽しいですよ！
2019.04.08
スポンサーリンク
Practicing Filial Piety Is Training, Just in My Case, Though
Feeling Like Hepburn With a Choker, Romantic Fashion Style in Autumn and Winter