My Third 3D Figure of Rinse Is Now Completed!

I ordered my third 3D figure to 3D PETSHOP, a company that makes pet’s 3D figure which was introduced on NHK’s Machikado Johoshitsu, and it’s finally finished! There are 3 standard sizes, S, M and L, but they can also make larger sizes LL and 3L. I ordered M size for my first figure and the second and the third ones were both 3L size.

If you want a larger one, sizes below are also available.

As same as last time, I set my shipping address to a convenience store near my home and received it after work past 8 P.M. It was packed in a big box just like last time and neatly wrapped with cushioning material to prevent it from getting damaged.

Surprise! The Third Figure Is Bigger Than the Second One Even Though They Are Both 3L Size!

There was a wonderful surprise! The size of the third figure supposed to be the same 3L size as the second one, but the third one looked much bigger. I thought that one of them, the second one or the third one could be made in a wrong size. It was past 8 P.M. and I knew it was a little late, but I called 3D PETSHOP and they answered my phone! (Thank you for your hard work until late at night.) So, I asked them about it. They said that the face of the third figure is looking up, so the parts that are included in the long side seem to be longer and consequently, it looks bigger overall. Makes sense. I feel very lucky! Even it was late at night, I really appreciate their kind response on the phone.

They Did Express Rinse’s Cute and Playful Eyes, Here Is 3D Figure of Rinse Just Looks Like Her

The part that I really concentrated on was her eyes, just as I wrote on the last post. I discussed with the 3D designer to express Rinse’s playful eyes in some way. They suggested me many things that they can do, and they made the eyes just look like hers.

Rinse had charming and big round eyes like shining marbles and she was very playful. To express her feature, they made the figure as below. 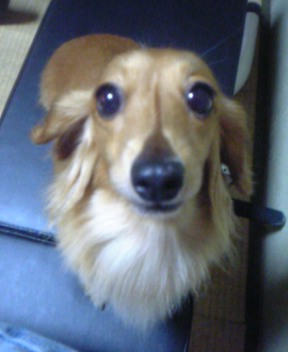 And this is the finished figure! 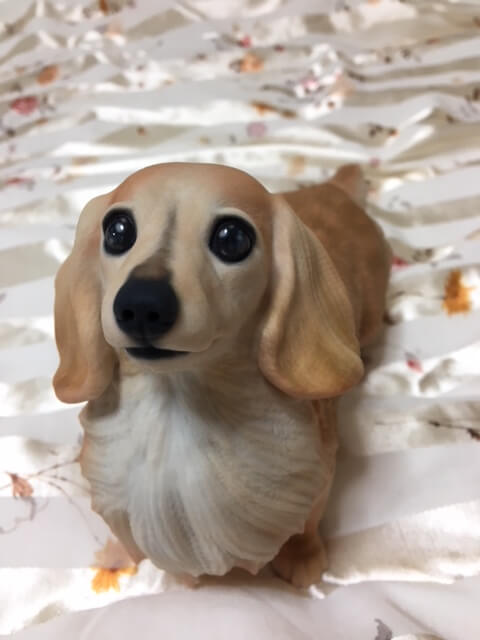 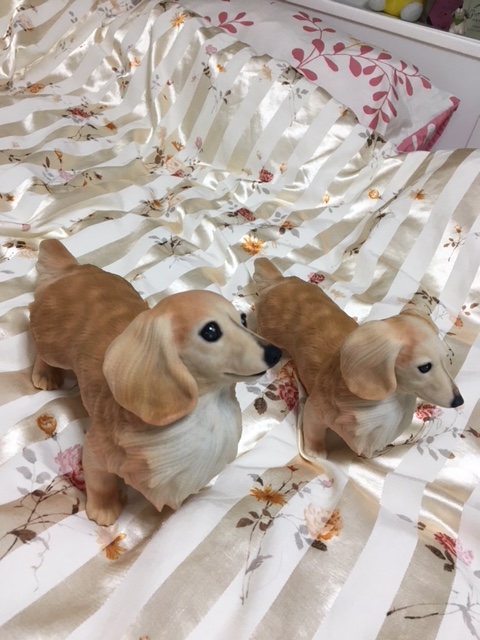 The second one and the third one

Next time, I’d like to make a figure with a ball that looks like playing with me or a figure that looks like smiling with her tongue out. I’m looking forward to making many other figures on various poses. 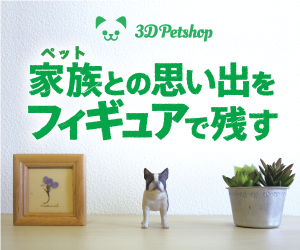 When mom came to the hospital the next morning, I was feeling totally fine. The vet told me that I could go home.
2019.10.14

Six-panel-comics-AI-chan 9 “Coming Back to Daily Life”

On October 22, 2019, I had a chance to show the video about my beloved dog, Rinse, at “The First Veterinary Mental Care Forum For Pet Owners in Kyoto” Dr. Abe said, “This movie showed that our pets would go to heaven at the best timing, and the bonds of the pet and family are eternal even we weren’t together at the last moment.”
2020.04.25

The days Rinse and I spent together with only two of us is my precious memory now.

Six-panel-comics-AI-chan 11 “The Switch of Fate”

One day, mom took a half-day off in the afternoon and came back from the office by taxi.
2019.10.14
Sponsored Link
Pet’s 3D Figure Maker Introduced by NHK, My Order Is Currently on Progress
Viva Singapore with Rinse! A New Life Started in August 2005