In June 2016, I stayed at Hotel Shima Spain Mura with my mother. I chose 3 accommodation facilities under the theme of “Three major Spanish resort hotels that I want to stay.”

This time, I stayed at Hotel Shima Spain Mura, so it means that I went to all of the “Three major Spanish resort hotels” that I chose!

Hotel Shima Spain Mura is a resort hotel built next to an amusement park in Ise and Shima area called “Shima Spain Village Parque Espana.” There is an alkaline hot spring called “Himawari no Yu” and the location of the open-air bath is so wonderful that you can see a full view of the ocean from there. 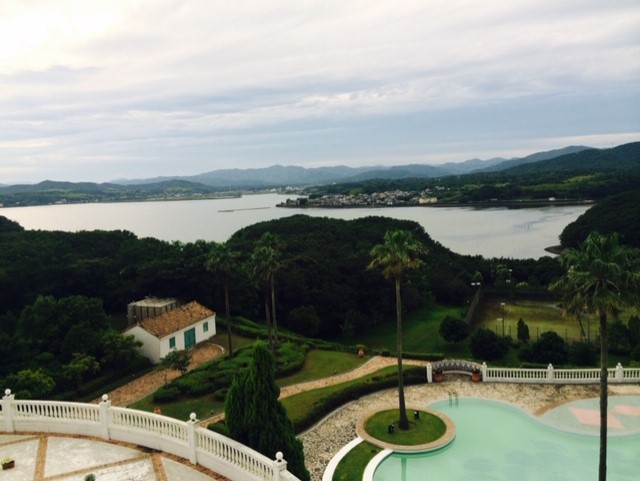 The view from the hotel room

The accommodation plan that we chose came with a 2-day passport of the park, so we went out to Spain Village right after arriving at the hotel. We can freely come and go between the hotel and the park, so it was a very easy good-value plan!

My mother and I leisurely walked around the park, and I chose attractions that my lame mother can also enjoy.

Illumination Ride, The Nutcracker Was Fantastic!

It was a ride attraction that makes us experience the mysterious world of a fairy tale “The Nutcracker and the Mouse King.”

Along with Tchaikovsky’s ballet music “The Nutcracker” as BGM, cute scenes come out one after the other. All the scenes were so amazing that I wanted to take pictures of all of them! The illumination was very beautiful, and I wanted to ride this many times! 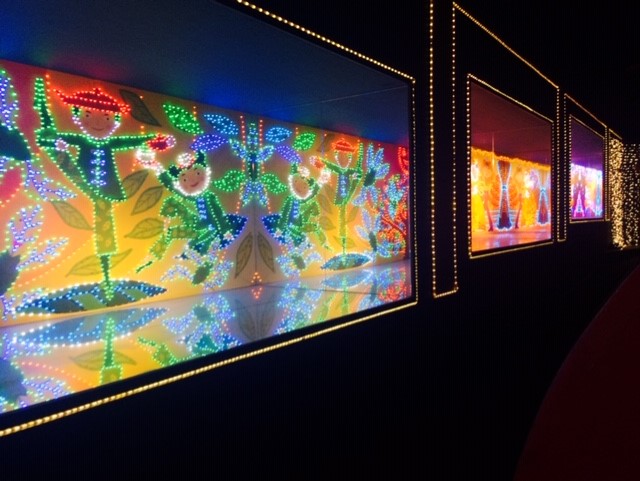 We go on a trip to the land of Spain, the sea, and the universe by a flying galleon. We can experience the fantasy world of Don Quixote and meet all the characters in Spain Village during the trip.

The galleon was a small ride like a ship or a spacecraft, and my mother and I rode together on one. It made quick moves going up, down and slantwise, so it felt like we were really flying. We went very close to the characters, and it was spectacular. There were also many tricks inside the dark, and it was very fun. Adults can enjoy this a lot, too!

After having fun in the park, we were very hungry!

Of Course, Our Dinner Is Spanish Food! 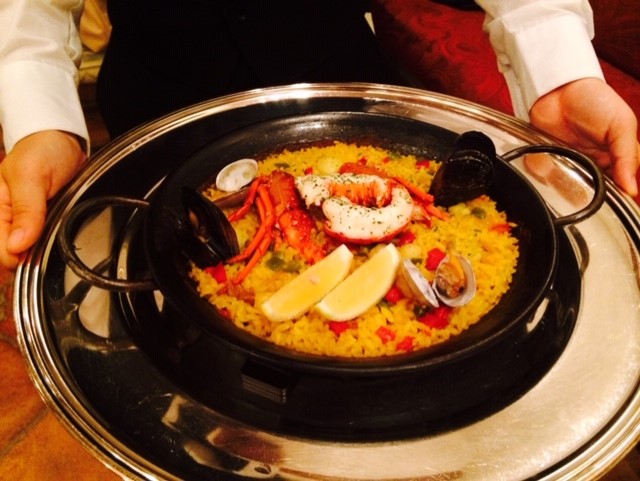 The Best Recommendation of This Hotel, Flamenco Show by Native Spanish Dancers

After dinner, we enjoyed a flamenco show at by native Spanish dancers at the hotel lobby. It was very nice to watch a passionate flamenco dance with lively music at ease in a short distance.

At night, I had a bath with my mother at leisure in “Himawari no Yu” and got rid of our fatigue of the day.

Trip to Hawaii with My Mother

We Got an Accommodation Voucher by Answering Hilton Grand Vacations’ Timeshare Questionnaire!
2019.05.13

The First Year of Reiwa, Hawaii Trip with My Mother (A Trip of Great Encounters DAY-2)

Between the trees, a scenery suddenly opened in front of us, and my mother and I both shouted “Wow!” Waimanalo Beach, Such a Beautiful Place That Was Difficult to Describe in Words.
2019.06.03

Practicing Filial Piety Is Training, Just in My Case, Though

Hikaru Utada was looking back over her past and telling that she had kept on messed with by her mother’s unpredictable words and behavior.
2019.03.21

The First Year of Reiwa, Hawaii Trip with My Mother (A Trip of Great Encounters DAY-1)

Scoot, an LCC company based on Singapore Changi Airport, their flight attendants’ smile was super great! All the staff was always smiling, they came to us right away when we call them, and they were really bright and kind.
2019.05.24

The articles about the 3-day trip in Hawaii are written in a series. DAY-1, DAY-2, and DAY-3, they are divided into 3 articles by the day of our stay. This article writes about DAY-2, “The First Year of Reiwa, Hawaii Trip with My Mother (A Trip of Great Encounters DAY-3).”
2019.09.16
Sponsored Link
The Second One of “Three Major Spanish Resort Hotels That I Want to Stay,” Shima-Chichukaimura Has Doggy Suite, and It’s a Great Little-Known Spot!
This was the story of a small dog that kept watching the bonds of a family (Episode 1)